'India attaches the highest importance to its relations with Nepal. As close neighbours with a unique relationship and deep links across all walks of life, our fortunes are closely intertwined. We in India, therefore, not only share the aspirations of the people of Nepal for stability, democracy and prosperity, but also remain steadfast in our support to the Government and people of Nepal in their endeavours to pursue that goal. ' 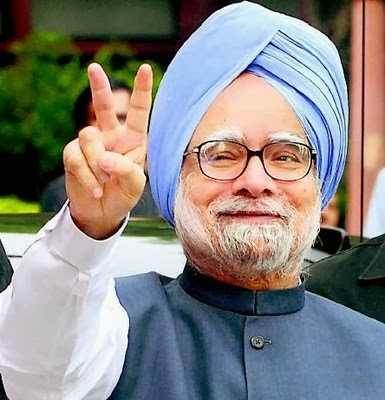 Prime Minister Dr. Manmohan Singh has congratulated Prime Minister Sushil Koirala of Nepal on his election. Dr. Mamohan Singh in his message said Mr. Koirala's election as Prime Minister represented an important milestone in consolidating the democratic gains in political transition in Nepal.
The excerpts of the Prime Minister's congratulatory message is are follows :
"On behalf of the Government and people of India, please accept my warm felicitations on your election to the high office of Prime Minister of Nepal. Your election represents one more important milestone in consolidating and institutionalising recent democratic gains in the course of the political transition in Nepal.
I am confident that your wise leadership and guidance will further strengthen stability and economic development in Nepal, and foster a climate for promulgation of a new Constitution on the basis of the widest possible consensus and reflecting the will of all sections of the people of your nation.
India attaches the highest importance to its relations with Nepal. As close neighbours with a unique relationship and deep links across all walks of life, our fortunes are closely intertwined. We in India, therefore, not only share the aspirations of the people of Nepal for stability, democracy and prosperity, but also remain steadfast in our support to the Government and people of Nepal in their endeavours to pursue that goal. We will therefore continue to seek further deepening of this partnership between our two countries for the benefit of our people and our region.
As you enter the high office at a critical juncture in your nation's history, I convey my best wishes for your success, your personal health and well being and peace and prosperity for the people of Nepal.
I also take this opportunity to extend a warm and cordial invitation to you to visit India at your convenience."
New Delhi
February 10, 2014

A PM for Nepal

Koirala’s election ends weeks of confusion. He must focus on restoring stability, delivering the constitution.
The election of Sushil Koirala as the prime minister of Nepal on Monday ended nearly three months of political confusion and tension in the Himalayan republic.
The inability of the major political parties to form a government, after the successful polls on November 19, 2013, to elect a new Constituent Assembly (CA), was preceded by the long wait for the House to convene. The six-point agreement between the Nepali Congress (NC) and the Communist Party of Nepal-Unified Marxist Leninist (CPN-UML) to end the deadlock has prevented Nepal’s slide into fresh political turmoil.
With the support of the UML, Koirala will enjoy a simple majority and it is now his responsibility to promulgate the new constitution within a year.
Between the election to the last CA in April 2008 and now, Nepal has had six prime ministers — from three parties and the chief justice. The November 19 polls were held in a constitutional vacuum. The NC and UML deserve credit for steering the political process over the immediate hurdles following the election, chief among which were the Unified Communist Party of Nepal-Maoist’s (UCPN-M) initial rejection of the results that handed it a major defeat and then its refusal to join the new CA.
Thanks to the NC and UML leaderships taking ownership of the situation, that crisis was resolved and a deal struck to make the Maoists climb down from their maximalist position.
With a new prime minister in office, efforts must be renewed to arrest Nepal’s political slide. But the task before Koirala is enormous. His party would do well to talk to the UCPN-M and smaller parties to bring them into government. Nepal’s scars — of the decade-long insurgency and misgovernance since 2008 — will take a long time to heal. Building consensus on important matters, such as constitution-writing, as the coalition has agreed to do, might be the safest path.
In fact, Koirala could extend the invite to the breakaway Communist Party of Nepal (CPN-M), which had boycotted the polls and threatened violence. Having earlier helped bring Maoists into the mainstream, India should encourage the new government to restore stability.