Give Peace Talks a Chance 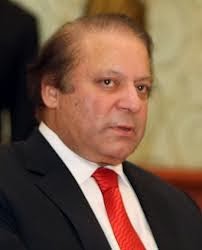 Current government of Pakistan is working out a national consensus based strategy for dealing with the problem of terrorism. In this regard recently held All Parties Conference (APC) was a defining moment; it was different from similar earlier conferences. Firstly, it was attended by all the invitees. Secondly, it was supported by the public mandate regarding the strategy to deal with the Taliban and the US drone attacks. Moreover, people had voted for the political parties which articulated an anti-drone policy. Thirdly, the APC decided to give free hand to the sitting government on three issues—economy, energy and terrorism. The APC has reposed full confidence in the efforts of the Prime Minister and authorized the federal government to initiate dialogue with Taliban and take all the necessary steps as it may deem fit including development of an appropriate mechanism and identification of interlocutors.
APC was informed by security apparatus that there are groups within the Tehreek-e-Taliban Pakistan (TTP) who are in favour of talks but then there are others that enjoy the backing of certain hostile foreign agencies who may never agree. Time has come for the TTP to come clean on those dubious entities which are operating under its brand name and carrying out disruptive actions which are prejudicial to the conduct of meaningful parleys.
With the Afghanistan conflict apparently moving towards a close, it is logical that Pakistan should engage in dialogue with select groups of Pakistani Taliban under a well structured framework. Pakistan is already facilitating such processes amongst America, Afghan Taliban and the Afghanistan government. Release of the senior Taliban leader Abdul GhaniBeradar indicates that a lot of mileage has been covered towards an intra-Afghan political reconciliation. As of now Pakistan has released 37 Taliban leaders since November 2012 to expedite a negotiated settlement before the departure of foreign forces from Afghanistan.
In a paradigm shift in the country’s security strategy, the top civil-military leadership has unanimously decided to hold peace talks with all militant groups, keeping the TTP on top priority. Pakistani Taliban, welcomed the move. They said Taliban would be willing to enter into ‘meaningful dialogue’ after the government announces its policy on how to proceed.
Past efforts to control terrorist and extremist / elements through force have not yielded the desired results. It’s not the first time that government has tried to open such talks. However, this time the approach is qualitatively different. This time Taliban are being referred to as “stakeholders.” The government plans to start the talks just as soon as intermediaries complete the necessary “groundwork”. It is encouraging that the Taliban Shura (the decision making body) has promptly convened its session to nominate its team. The TTP would announce its team once the government has finalised its interlocutors. The central leadership of the TTP has claimed that the Prime Minister Nawaz Sharif had sent a letter to the TTP about a possible peace dialogue and the TTP has replied to it.

Pakistan’s military institutions have thrown their weight behind the government’s bid to initiate the dialogue with the TTP. In a detailed briefing at the APC, General Kayani stated that the military and the government were ‘on the same page’ on the issue of reaching out to the militants and the Army will follow whatever decision the government takes. However, he cautioned that the authorities need to tread carefully as there are elements within the umbrella organisation that may never reconcile.
Pakistan’s national leadership also boldly addressed the sticky issue of American drone strikes. It described them as detrimental to the country’s efforts to eliminate terrorism and recommended that the government should consider taking up the issue to the United Nations. Terming the drone attacks an ‘illegal and immoral’ act, the APC communiqué said: “We declare that we shall ourselves determine the means and mode of fighting this war in our national interest and shall not be guided by the United States of America or any other country in this regard.” General Kayani said that there was no secret understanding with the US on the CIA-led drone campaign. He said it was up to the government to take appropriate action to persuade the US to halt such strikes.
Pakistan’s Foreign Office has started it work to firm-up the methodology for raising the issue at the UN. Prime Minister himself choose to kick-start the process by mentioning it in his address to the 68th UNGA session. Hopefully, an unambiguous official stance on drone attacks would help create a conducive environment for the envisaged negotiations. The APC called for a result-oriented and peaceful dialogue process to eliminate extremism from the country. Political leaders admitted that the situation has continued to deteriorate over the last several years and past efforts to control terrorist and extremist elements have not yielded the desired results.
It is for this reason that peace talks with Taliban should be given a fair chance to succeed. There are forces which say that Taliban don’t want to be treated like that. However, these elements while speaking in such a tone do not give priority to the interest of Pakistan. These are mainly western voices which want Pakistan to go all out against Haqqqani net work. They must realize the fact that Haqqani network is Afghan entity. While responding to Hillary Clinton’s statement with skepticism, a senior Haqqani commander told Reuters on October 25, 2011 that the “Afghan Haqqani group will not take part in any peace talks with the United States which will not be able to find a possible solution to the Afghan conflict unless they hold talks with the Taliban—led by the Taliban leadership seriously. He revealed, “Americans had made several attempts for talks which we rejected as we are an integral part of the Taliban led by Mullah Omar…we are united to liberate our homeland-Afghanistan.” It is of particular attention that on September 17, 2012, in a rare interview by telephone from an undisclosed location, leader of the Haqqani militant network, Sirajud Din Haqqani disclosed that the group has become so confident after battlefield gains in Afghanistan that “it no longer has sanctuaries in Pakistan, and instead, felt secure inside Afghanistan.”

What the world must realise is that Pakistan is a sovereign democratic country. The huge voter turnout during recent elections in Pakistan indicates that the people of Pakistan have voted for democracy. Now it is the voice of democratically elected government and other political parties that suggest that talks with Taliban should be given a fair chance.
World must also realize that collateral damages in form of drone strikes in Pakistan have resulted in germinating greater ill will against US / ISAF and ultimate sufferers are the people of Pakistan.
The crux of the matter is that today Pakistan is epic centre of war against terrorism. Sacrifices rendered by Pakistan in eliminating the menace of terrorism from the world are unparalleled. If we take a pragmatic view of developments in the region following USSR’s interruption in Afghanistan, it is only Pakistan that has played a key and most positive role. Today the whole Eastern Europe is enjoying freedom which is result of Pakistan standing tall in thwarting USSR.
Situation in Afghanistan deteriorated as US and West changed its priorities and started focusing towards East Europe. At this time Taliban emerged as stake holders and also were able to establish their government in Afghanistan. 9/11 gave another dimension to the region and the world. Afghanistan has seen use of force and its after effects have been suffered by Pakistan. For the last 13 years this region is suffering with minimum achievements for a durable peace.
The proponents of use of force do not want to see this region peaceful. To ensure their safety they are trying to create destruction in other parts of the world.
It is in the context that the world should visualize Pakistan and its problems. It needs to be reiterated that today’s Pakistan has the capability and the political will to firm up a response against terrorists. No one but only the people of Pakistan can suggest a panacea for the problems that it is facing. The world must acknowledge and respect the decision which the political leadership of Pakistan has taken in holding talks with militants and terrorists.
at Tuesday, October 29, 2013 1 comment: