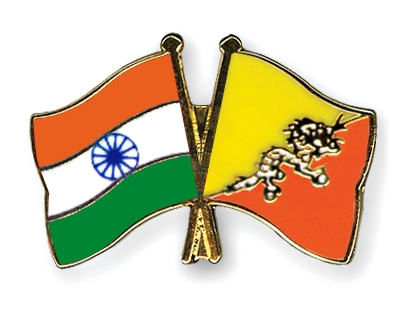 Honorable Prime Minister Sri Narendra Modi, New Delhi
The Republic of India
Congratulations on becoming the Prime Minister of the largest democracy and gratitude for visiting Bhutan at first
Honorable Prime Minister,
We extend our heartiest congratulations on your historic victory in the recent election to become the Prime Minister of the world’s largest democracy. We proudly appreciate your choice of Bhutan for your first state visit. We are proud to see the age old friendship between the people and governments of two countries reaching to a new height. We wish you a fruitful visit to Bhutan.
Taking this opportunity of your visit to Bhutan, we want to draw your attention and put forth the expectation of the Bhutanese citizens in exile and of the citizens who live in discrimination within the country. You are well aware that since 1990s a large percentage of Bhutanese citizens were systematically evicted on various pretexts. The exiles˗ mostly the southern Bhutanese of Nepali descent coerced out of Bhutan landed up in Nepal and survived under the mercy of UNHCR and other international support for decades. Majority of these people have been resettled in third countries under humanitarian ground, while anticipating positive changes inside Bhutan.
We made several appeals in the past to the government of India on the subject. We believe that your office, your party, the people and the government of India are fully aware of the Bhutanese refugee issue and the struggle for human rights and democracy going on since early 1990s. As the largest democracy of the world and a close friend and neighbor of Bhutan, we appeal to you, the people and the government of India to play a vital role to alleviate the predicament of the victimized minority of Bhutan.
Since the commencement of the third country resettlement program for the exiled Bhutanese under the principles of UNHCR and the core group countries (USA, UK, Australia, Canada, Denmark, Netherlands, Norway and New Zealand) the Bhutanese peoples’ aspiration for true and vibrant democracy has been crushed at before budding. We firmly believe that the functional democracy in Bhutan alone could bring permanent solution to the protracted crisis.
Bhutan held first two parliamentary elections on 24th March 2008 and 13th July 2013 excluding all the political parties in exile. The very concept and demand for the democracy in Bhutan was initiated by these political parties which are now in exile. Very stringent methods adopted to recognize political parties have resulted only royal relatives eligible to form political parties. This has only legitimized the century old misrule by introducing pseudo and farce democracy.
Our country unfortunately has failed to appreciate and uphold the democratic principles as practiced by the global democracies of twenty first century. Although democracy has been in practice since 2007, literally there is no guarantee to the social justice and political rights of majority of the citizens. No favorable political environment is created where every citizen can participate in the process in a free and fair atmosphere. A true, functional, vibrant and inclusive democracy cannot be imagined with over hundred thousand Bhutanese citizens in exile, a large number of political prisoners and educated Buddhist and Hindu scholars excluded from the process of democratization.
Despite the onset of democracy and concept of gross national happiness there is a crisis of conscience in the very land of gross national happiness. With over one hundred thousand people living as refugees in exile, their landed properties issued against their wills to those people directly involved in eviction, and when the world is preparing to grasp greater opportunities from the new millennium going beyond frontiers we are unfortunately getting isolated from the rest of the world.
There are hundreds of political prisoners languishing in prisons for years without fair trials. Many parents are crying for their children who were evicted by the previous government; neither can they get passport to visit their children nor can the children return to Bhutan to meet their parents. Even today the many of the Southern Bhutanese are treated as second class citizens. Undercurrent of religious persecutions persists.
We sincerely appeal for your magnanimous consideration, during your august visit to Bhutan, for India’s diplomatic leverage on Bhutan to urge the King to create a conducive atmosphere for healthy dialogues with the Bhutanese political parties and people in exile for honorable repatriation of evicted Bhutanese citizens willing to return from exile.

We expect your support and appeal to you to press Bhutan government to accede to the following plea of the citizens in exile during your visit to Bhutan and thereafter:
· Immediate and unconditional release of all the political prisoners languishing in the prisons;
· Grant general amnesty to Bhutanese citizens in exile and initiate early repatriation to their original homesteads with justice and dignity;
· Reinstate the land and citizenship of those inside Bhutan whose land and citizenship were revoked by the government;
· Grant and ensure citizenship rights to those citizens who were deprive from voting franchise;
· Give recognition to the political parties in exile to pave way for participation in the process of democratization and other political processes;
· Alleviate the plight of the citizens who are suffering in absence of true functional democracy, freedom of press, and protection of basic human rights;
· Ensure freedom to family reunion of the families that have divided between inside and exile;
· Make a conducive environment for tripartite talks (Bhutan, Nepal& India), with the participation of the representative of Bhutanese political parties in exile;
· Stop one nation-one people policy to end all forms of ethnic, religious, regional and code of conduct discrimination;
· Rectify the international human rights instruments including ICCPR, ICESER, CERD, CAT and optional protocol of CEDAW; and
· Implement the recommendations that have been suggested by different nation states in the first and second universal periodic review sessions in Geneva.
We sincerely hope for a strong Bhutan-India relationship for centuries to come. At this difficult hour of the history we appeal your office for support, sympathy and to help us reinstate our full citizenship rights in Bhutan. We look forward for a peaceful, stable and harmonious co-existence of people in the region.
Once again, we congratulate you for being elected as the Prime Minister of the republic of India, wish you a fruitful visit to Bhutan, and wish for prosperity in India and in its neighboring countries during your tenure in the office.
Yours truly
Balaram Poudyal
PRESIDENT
Bhutan Peoples' Party